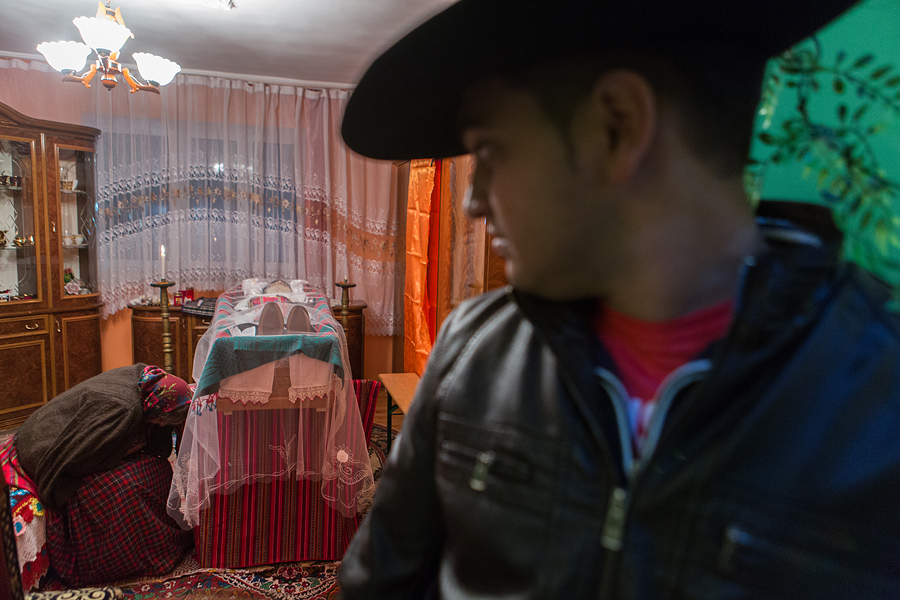 Relatives mourns the death of Traian Grancea, 108, during the vigil in Porumbacu de Jos Tuesday 20 May, 2014. 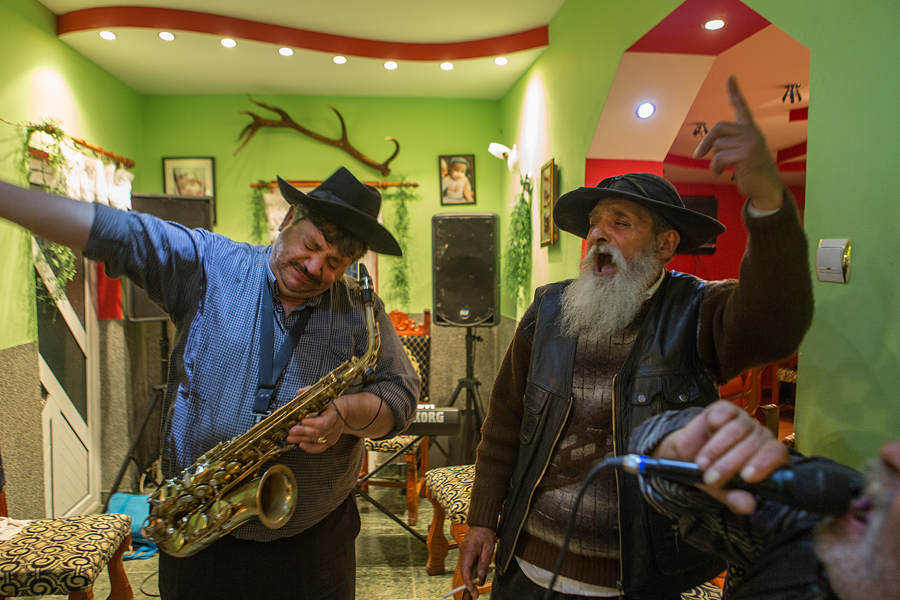 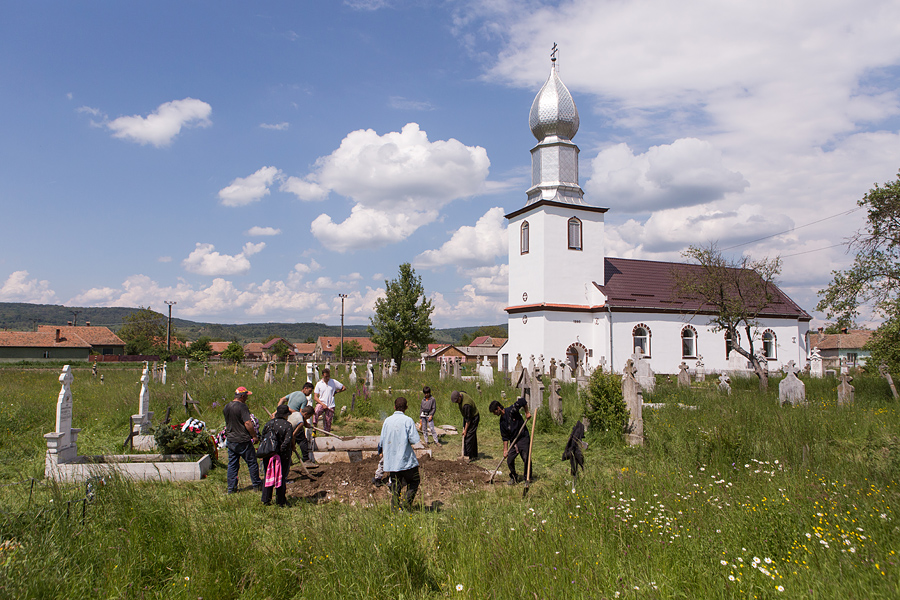 Hundreds of Roma people from Transylvania gathered in Porumbacu de Jos, Sibiu, Tuesday 20 May, 2014, for the funeral of Traian Grancea, 108, the oldest survivor of the Roma Holocaust. Grancea outlived the horrors of being deported to Transnistria in 1942 under the fascist regime of Marshal Ion Antonescu. He managed to stay alive after seeing his family killed and walked back to his native area. It is said that he was the first of the Cortorari Roma to build a house and established a new family. Father of two, he lived to see over 60 grandchildren and great grandchildren until he passed away. Most of them were there at his funeral, along with old friends, relatives, politicians and neighbours. Elders are still showing their traditional costumes and habits, while newer generations are becoming more and more emancipated and harder to notice outside their communities. The Cortorari were famous for producing and living in tents, but the modern members of the community are mainly farmers. Youngsters have started trading businesses or building scrap iron empires.